Forgiveness After The Explosion by Andrew R. Jones 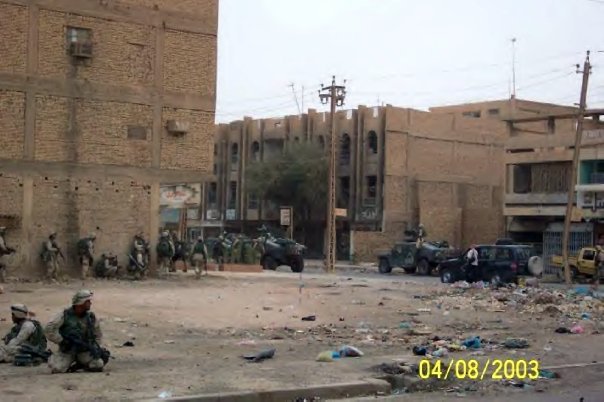 Forgiveness, they say, is an action to benefit the one forgiving, not the one who is forgiven.  If this is true, then who is the beneficiary of forgiveness during a moment of self-forgiving?  Through deep thought and logic, I have obtained the ability to administer forgiveness to others.

I delivered forgiveness to the soldier whom attempted to deliver me death.  I wonder at times, if he still lives, does he continue to observe me through the sites of his RPG as he lies awake at night?  Is it remorse or pride flooding his body as he remembers?  What were his thoughts as he centered an American Marine in his cross-hairs and launched the rocket?  As the rocket impacted the short wall I was crouched behind, did he smile?  As my body was lifted into the air, was he high-fiving the soldier next to him?  If he knew, I was still alive, would it anger him?  I have fantasized at times, of standing toe to toe, staring in his eyes and saying, “I’m still here motherfucker.” But he is forgiven.  Because in the end, he was simply doing what he was trained to do.  I believe if I were to truly find myself in front of this man, I would look him in the eyes as I firmly shook his hand.  For on that day, in that moment, he was a better Warrior than me.

I made the call to forgive the Marine who made the call to fall back from our position, denying me the opportunity to respond with a rocket of my own.  In the midst of the confusion and trying to regain comprehension of the situation, I couldn’t even respond with as much as a middle finger while being helped off the ground.  Forgiveness is given to this Marine because he made a decision which saved lives and prevented further injury.  For in those moments of combat, a right or wrong decision does not exist.  Only the decision which was made and you live with the knowledge you made the best decision you could.

With the logic gained during thoughts of the two previous recipients of my forgiveness, I realize only one person is left to analyze.  Me.  Can I forgive myself?  On that day, I had served in the Marine Corps for 3 years, 9 months and 1 day.  I completed Marine Corps Recruit Training, The School of Infantry, advanced training schools as an Anti-Tank Assaultman, countless training missions and I proudly wore the stripes of a Corporal of Marines.  I was, by definition, a Warrior forged in the fire of the most feared fighting force the present-day world knows to exist.  Yet on that day, in that moment, my enemy was a better Warrior than me.

Eight Marines lined the rooftop, crouched behind a 3-foot wall.  The Battle of Baghdad was underway and casualties on all sides, civilian included, had already been dealt.  The rooftop was supposed to provide us with a tactical advantage to the Urban Battlefield.  As I knelt behind the wall, my eyes panned the terrain, seeking out a target.  Where were they?  Why was everything so quiet?  Hundreds of Warriors crammed into a city block and not a single one was pulling a trigger.  I continued my search for a target, but none were found.  If only the Iraqi could have said the same.  That moment of confusion and calm was instantly interrupted by what I can only describe as a tear in the very fabric of space-time.  Time was described by Einstein not as a thing or a concept, but an actual physical entity of the dimensions of space.  Just like the environment around us can be altered with mass and energy, so can time.  As the rocket impacted the wall, the explosion must have contained enough mass and energy to disrupt the space-time around me.  The three chunks of wall floating through the air to my immediate left were islands amongst a sea of dust vividly engrained in my memory.  The one on the top left resembled the state of Wisconsin while the two smaller ones below and slightly to the right appeared to resemble the state of New York.  The rumbling of bass through my head absorbed all other sounds as if I were sitting too close to the speakers in an IMAX theatre.  As time briefly came to a halt, my brain continued to produce thoughts.  What the hell just happened?  Where did that come from?  Am I airborne right now?  Are the other Marines who were beside me OK?  Then nothing.  Blackness.  To this day, I am uncertain as to how long my brain shut down in an emergency effort to protect itself.  From what I am told, it was not too long? But how long is too long during an intense moment of combat?  My eyes and ears opened to the sights and sounds of war as I was being lifted to my feet and told to follow everyone off the building.  During this moment, space-time must have realized I was caught in the earlier disruption and caused my environment to move at an incredible rate of speed, as if to, “catch me back up.”

This experience repeats in my mind each day and each night.  While I am driving, while I am eating, while I am running around the playground with my children, it is a constant part of my life.  To answer my earlier question, can I forgive myself?  Not yet.  I should have been better.  I should have been more vigilant.  I should have looked left when I looked right.  As my cousin used to tell me when I was a kid, “Shoulda, woulda, coulda, but didn’t.”  In time, I believe I will gain the ability to forgive myself.  I faithfully believe it is a pit-stop along this long treacherous road of healing I walk.  I will continue to walk this road and I pray that pit-stop is not too much further.